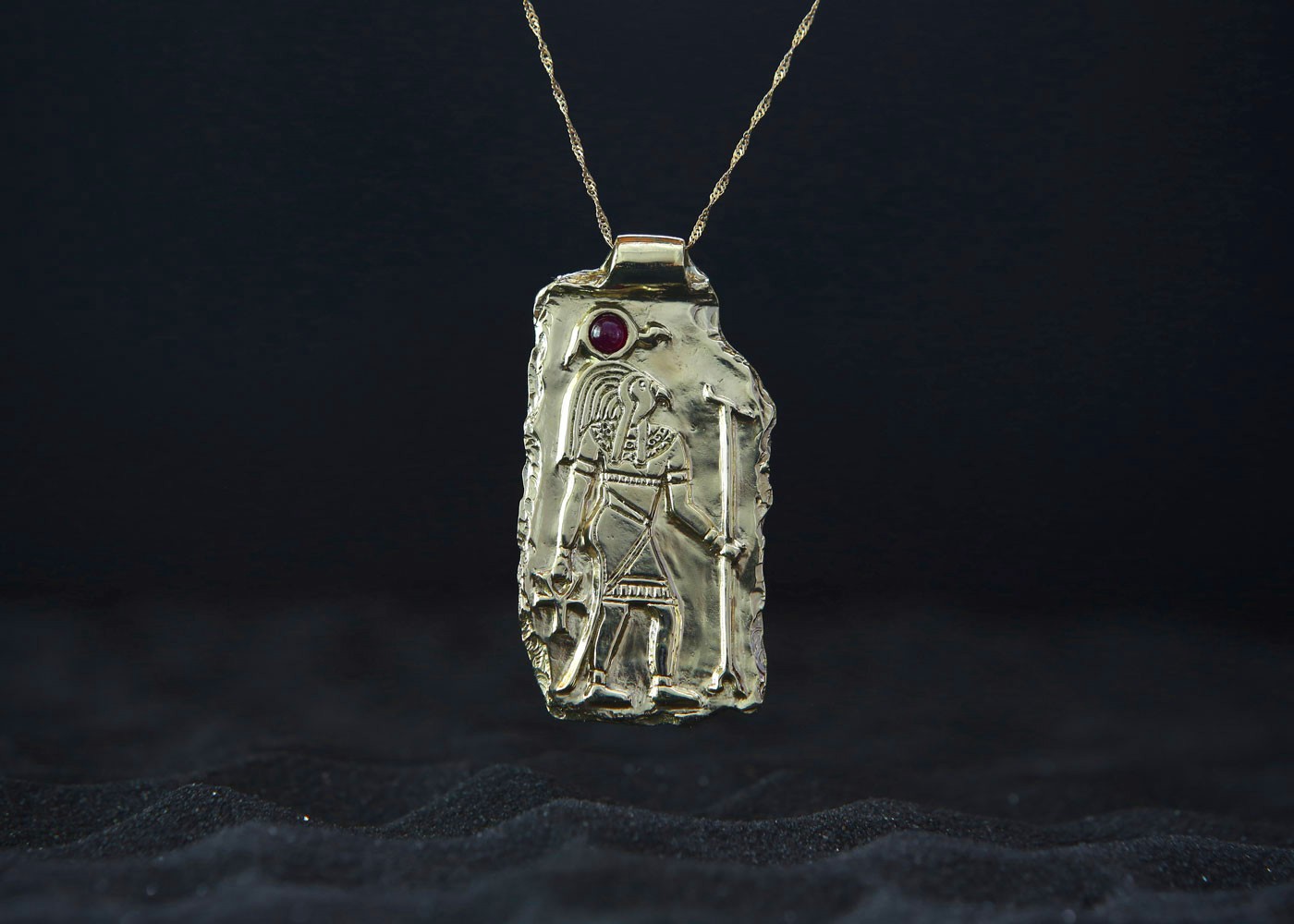 This Amulet enhances willpower, self-confidence and one’s sense of identity.

The Sun Amulet of Ra enhances willpower, self-confidence and one's sense of identity. It is an Amulet for protection as well as success and fame. The sun is the Giver of Light and as such it is rectifying our awareness and rekindling the connection to our authentic Selves.

The Sun Amulet of Ra strengthens our Presence, our innate Self-Mastery and the sense of being our own Authority. Just like the Sun itself, it symbolizes the Central Fire and was venerated in antiquity as a Talisman for Royalty.

We created this Amulet design when the Sun was is in Leo (its home sign), rising at its own ordained hour of the day, on a day ruled by the Sun (Sunday), with the Moon in Aries (the Sun’s sign of Exaltation), forming a Kite (the Astrological configuration where three Horoscope Points are forming a Grand Trine, and two of those Points are making a Sextile Aspect to a fourth point), with the Moon making a Grand Trine with the Sun and with Saturn, and with Jupiter being Sextile to those two points in the Grand Trine: Sun and Saturn.

This Kite Formation, along with Mercury being Exalted in Virgo, provides internal stability, flexibility and success with realizing one’s abilities and special skills. This rich and unique mixture of energies will bestow upon those who wear the Sun Talisman the gift of being recognized by their surroundings, as well as popularity and personal magnetism, a desire to be “close to the sun”.

Wearing the Sun Amulet of Ra awakens in us the Spark of Life and the Fires of Creation.

This Amulet is endowed with abundant Fire energy, making it ideal for promoting creativity, joy, vitality, health and a long and productive life. It is invaluable in assisting those who wear it to find their true goal and purpose in life, to connect with their genuine motivational driving force, with their Inner Power and with their own ‘Center of Gravity’.

Just like drinking from the ‘Fountain of Life’, the Sun Amulet connects us to the Source of all Creative Energy, the very same energy which preserves life, vitality and clarity of perception, along with awakening our potential for active creative expression.

The healing effects of this Amulet’s energy signature revolve around issues of self-confidence, finding one’s goal and purpose, restoring one’s good spirits, vital currents and joyful temperament. According to ancient tradition, the Sun Talisman is recommended for issues involving the heart, the head and the eyes in particular.

This Amulet is engraved with the image of Ra, the ancient Egyptian Sun god, who has a human body with the head of a falcon, crowned with a sun-disk inside a cobra resting on his head.

The Amulet is set with an Ruby (Sun stone) as the sun disk, in order to amplify the Talisman’s protective qualities.

Tradition recommends wearing the Amulet for the first time on a Sunday (the day of Sun), while you are by yourself, imagining what it is that you desire most from it. Be specific and detailed when formulating your wishes, and at the moment of actually wearing the Amulet, imagine yourself in the situation you wish to be in.

It is recommended that you keep the Amulet to yourself and not show it to anyone for the first 24 hours. After the connection has been forged, you can freely wear it anywhere you go. 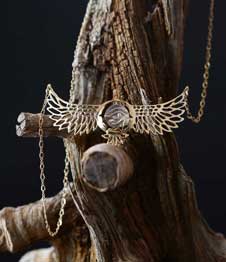 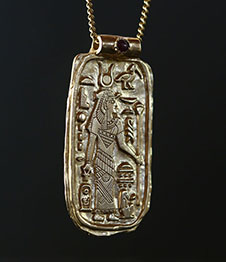 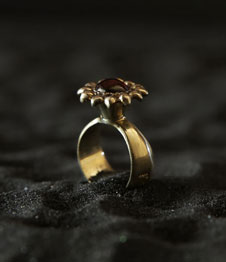 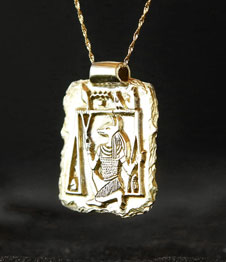 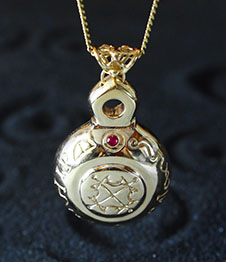 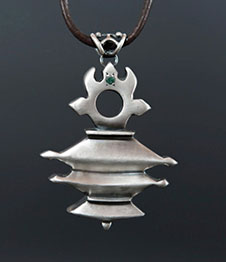